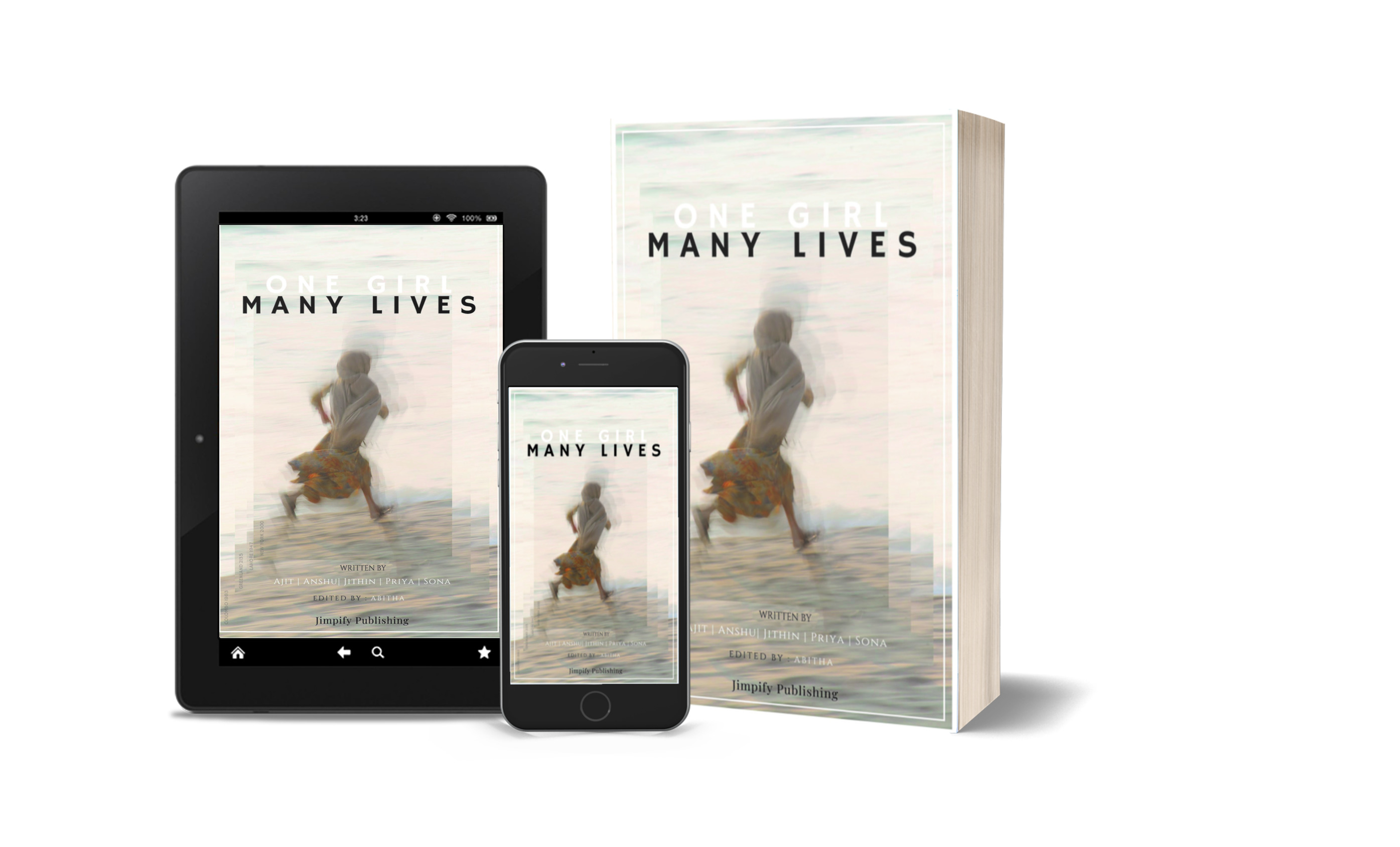 Jimpify, the collaborative publisher, proudly presents its latest book ‘One Girl Many Lives’.

Buy ‘One Girl Many Lives’ ebook on Amazon

One Girl Many Lives brings together five writers to create five collaborative stories separated by time and space yet anchored together by life, loss and a yearning to belong.

Set in varied places but inspired by one single image, the stories explore the aftermath of momentous events that have shaped history and our times. A little girl loses her home and family in the Partition riots; another girl has to find a new home with her family in the aftermath of Black July. A young woman searches for love and companionship in New York at the turn of the millennium; a princess on the run traces back her family’s royal roots in Paris; and an astronaut is at the centre of a quest by her parents to honour her memory.

Endearing, thrilling, gladdening and heartbreaking, these stories capture how we view our identities in times of both peace and conflict.

Ajit Yadav, Anshu Bhojnagarwala, Jithin S, Priya Bajpai and Sona Grover are the 5 writers who created these 5 short stories presented in ‘One Girl Many Lives’.

Each person started one story, as well as finished one story. And like a chain they continued from where the other person ended the story. It was fun hosting yet another collaborative fiction writing on this platform. Once again our in-house editor Abitha coordinated everything and helped the writers to shape up the stories into an interesting read.

Like we did previously for our last published book, ‘Through the Mist‘, for ‘One Girl Many Lives’ too, the core inspiration was one picture.

Our writers used their imagination to come up with compelling story lines from these points of inspirations.

Lahore 1947: A little girl loses her home and family in the partition riots.

Colombo 1983: A girl has to search for a new home with her family in the aftermath of Black July.

New York 2000: A young woman searches for love and companionship at the turn of the century.

Paris 2015: A princess on the run traces her family’s royal roots.

Greenland 2135: An astronaut is at the center of a quest by her parents to honour her memory.

Buy ‘One Girl Many Lives’ ebook on Amazon

Leave a message here in case you want to get your paperback copy. We are also available on Amazon.

View posts by Trablogger
A travel blogger who shares his travel stories along with some photographs at www.trablogger.com